Between objectivation and invisibilisation, what do you choose?

There are two cases regarding the mistreatment of female characters currently being debated in the comics field.

The first one began months ago in the United States. It regards female superheroes being objectified by the cartoonist Frank Cho. The spark was Milo Manara’s Spider Woman cover, creating a scandal in 2014 to such an extent that the the artist was removed from the variant covers that were to follow. In order to express his support, Frank Cho recycled the heroine’s pose, offering a range of up-butted heroines for comics covers throughout the past couple of years, using both adult and teenaged characters. With no consideration of the scenario, or the personality of the heroines he’s been asked to portray, Cho only claimed the right to draw over-sexualized woman with no constraint of any sort – a right which he loudly claimed again and again, until it didn’t work for DC Comics and his Wonder Woman variants. The publisher had ordered 24 covers from the artist, but the writer didn’t like the stripped version of the character, and asked for some corrections. Cho found it so unbearable that he preferred to slam the door, leaving his contract unfinished. He then took to the internet where he found some support, lashing out at the writer who is « a non-artistic freelancer » unauthorized to tell him what he can or cannot draw.
The spectacle could have stopped there. However, last month Lucca Comics & Games festival decided to offer a panel for Cho to talk about his work – actually, to talk about women. The title couldn’t have been more explicit: “Frank Cho, Milo Manara and women: a dialogue between two masters.” In the end, Manara didn’t make it, so it turned into a monologue where no one was there to contradict Cho. No debate took place about his objectification of super heroines, and the public couldn’t ask any questions. His resignation from DC Comics was briefly mentioned, only to decry a narrow-minded censorship on their part. The climax was reached when Manara arrived at the very end, answering the controversy with an original drawing he gave to his pal: Spider Woman on all fours offering her opened butt, her costume so tight on her genitals and anus that you could almost see the hair behind. She looks toward us and screams: « Cho! ».
These raised genitals are a one-finger salute addressed to anyone who would criticize their artistic style and who would question their permanent wish to sexualize women. No need to say that such a gesture only added more fuel to the fire. Let’s remember that we are speaking about professional artists, under contract for a massive license, portraying heroines in ways that don’t fit in what writers – nor a part of the public – expect. Offended, Cho and Manara are taking it personally, crying out about censorship and moral policy, and easily putting aside narrative and editorial constraints they were subjected to. No one questions their right to draw whatever they want outside of these contracts. Despite all their equally available talent and ability to draw powerful women, they completely miss the chance to look at the bigger picture regarding their position in the comic industry and the stereotyped representations they perpetuate. There is a big difference between someone asking you to have awareness about an issue and someone censoring you. Just because we’re feeling weariness about the decades-dominant stereotypical representations of women doesn’t mean we forbid them.
To put it simply: sexualizing female characters and not doing so with male ones, this is sexist. Eroticizing female characters in a not-at-all erotic context, this is objectification.

On the spectrum of sexist representations, the opposite of objectification is invisibility. Instead of reducing women to sexual objects, just erase them from the picture. Or from the title.
A debate is currently happening in francophone comics field over a famous series: Valerian & Laureline. Laureline is a main character as much as Valerian in their adventures around the solar system, they exist as a duo. Let’s salute the initiative of the publisher Dargaud for changing the title “Valerian: Spatio-Temporal Agent” into “Valerian & Laureline” for its 40th anniversary. At last ! The two names were also honored in the animation series. So why did Luc Besson choose to erase Laureline’s name in the adaptation film he’s making? Why is Angoulême’s Comic Festival preparing an exhibition called only « Valerian » once again? May the authors and the publisher consider erasing Laureline from the title of the comic series? And yet, on every cover and in all the movie’s previews, Laureline is as much present as his male partner. Sure the public hasn’t yet discovered the movie or the exhibition, but such an invisibility is significant. It’s never the male character being ignored.

To objectify or to erase female characters creates to the same result: womens’ suffering, in real life. As we published last year in our Charter, these creative decisions only have « negative effects on women’s self-perception, self-confidence and performance».  And these creative decisions will always have an influence on what men will allow themselves to do to women.
Within the two situations exposed here, the positive outcome remains that professionals in our field, along with the public, are taking hold of these topics and questioning gender stereotypes and erasure in current pop culture.
This is what we hoped for. « We expect institutions, publishers, authors, booksellers, librarians and journalists to assert moral responsibility in the diffusion of narrative material with sexist and, generally speaking, discriminative (homophobic, transphobic, racist, etc) features. We hope to see them promote literature that frees itself from ideology based on gender stereotypes. »
Let’s hope that Manara, Cho, Besson and Angouleme’s festival will understand the measure of what’s currently at stake. 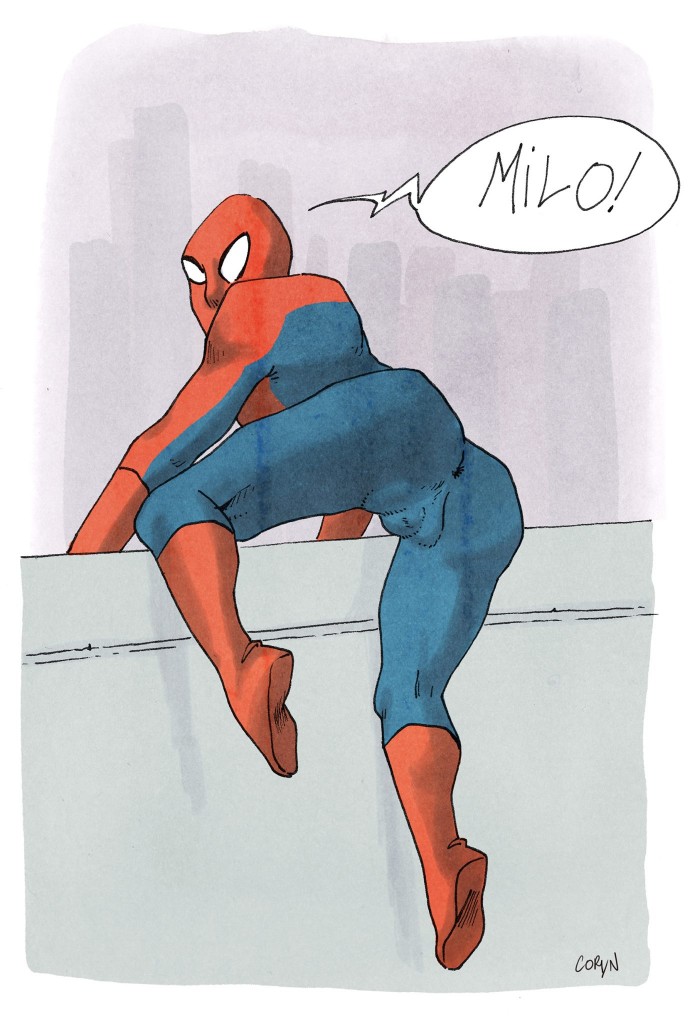 BONUS: A comic page from Kate Beaton about objectivation in Marvel’s comics.